Redmi K20 vs Redmi K20 Pro: Difference between the two 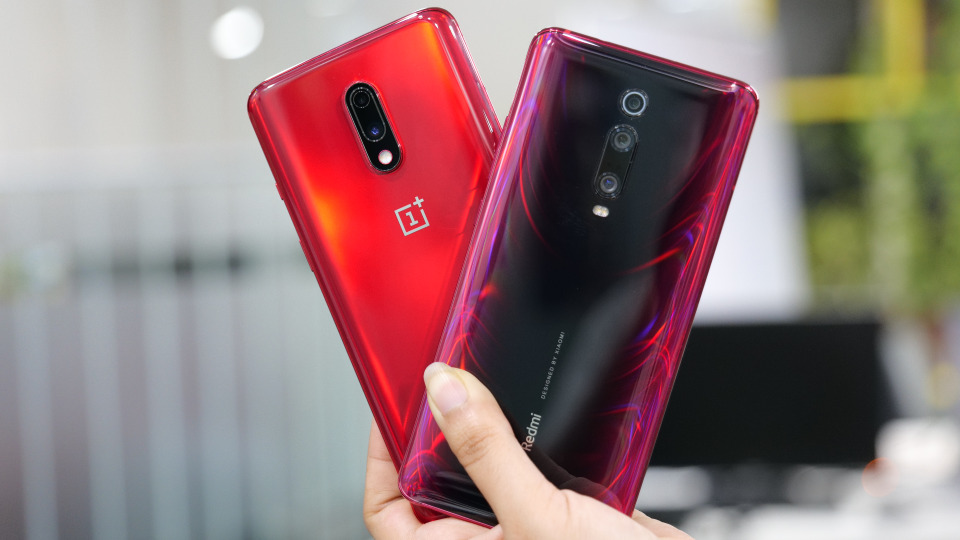 Chinese smartphone maker Xiaomi unveiled two devices in its K series in July, 2019 – the Redmi K20 and the Redmi K20 Pro. After its MIX series, launched in 2017, it happened for the first time that the Beijing-based firm priced its phone beyond the usual Rs 20,000 price bracket. The Redmi K20 was launched at the starting price of Rs. 21,999 and its sibling the Redmi K20 Pro was priced at Rs. 27,999. With these smartphonesXiaomi wants to disrupt the premium segment by taking on the likes of OnePlus 7 and Oppo Reno and Asus 6Z. While all these three smartphones are priced above Rs 30,000, Xiaomi played well by offering more or less same specification in the sub-Rs. 30,000 bracket.

Redmi K20 vs Redmi K20 Pro: Both the redmi latest phone look almost identical featuring the same stunning design language language, dual-SIM slots, and an in-display fingerprint scanner. You get the same metal and glass design on both phones, and also they’re available in the same three color options: Carbon Black, Glacier Blue and Flame Red. Furthermore, they both flaunt the same 6.39-inch AMOLED screen. However, there are some major differences that define the performance of these handsets.

Redmi K20 vs Redmi K20 Pro in Camera department: As far as the camera is concerned, Xiaomi has opted for an AI-powered triple rear camera setup in both phones. The Redmi K20 and the Redmi K20 Pro feature a 48-megapixel primary shooter with an f/1.75 aperture, a 13-megapixel secondary shooter with a wide-angle lens, and a third 8-megapixel shooter with an f/2.4 aperture. There’s a pop-up selfie camera that houses a 20-megapixel sensor as well. So, these specifications appear similar on papers but there’s a difference here too. The Redmi K20 makes use of Sony’s IMX582 sensor while the K20 Pro has Sony’s IMX586 sensor for its main camera. It offers a negligible edge to the K20 pro in the camera department. Also, the Redmi K20 Pro offers 4K video recording at 60fps while the Redmi K20’s video shooting capability is limited to 4K at 30fps. Why so? It is because of the chipsets they sport. Shooting 4K at 60fps is still exclusive to the Qualcomm Snapdragon 8 series; the Snapdragon 730 can only shoot 4K at 30fps. Also, the K20 Pro takes marginally better shots due to the Computer Vision (CV) ISP of the Snapdragon 855, but again, the overall difference is negligible.

Finserv Markets, from the house of Bajaj Finserv, is an exclusive online supermarket for all your personal and financial needs.  We understand that every individual is different and thus when you plan to achieve your life goals or shop for the gadget of your dreams, we believe in helping you Make it Happen in a few simple clicks. Simple and fast loan application processes, seamless, hassle-free claim-settlements, no cost EMIs, 4 hours product delivery and numerous other benefits. Loans, Insurance, Investment and an exclusive EMI store, all under one roof – anytime, anywhere!