Taiwan On The Map of Technological Powers 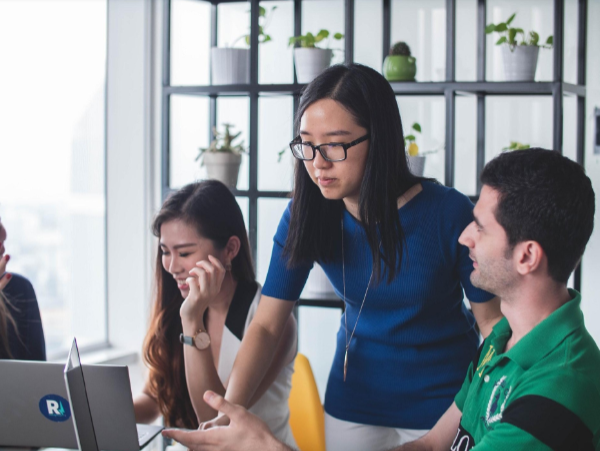 To speak of Taiwan is to relate it to science and technological development inevitably, and it is not by chance since this Asian island has managed to stand out for being one of the leading manufacturers of technologies worldwide.

The Republic of China-Taiwan depends on the scientific and technological sector as a critical engine for the economic growth and progress of the nation.

An indication of Taiwan’s influence on the tech world is evident in the 850 million dollar investment made by google for a second data center in Taiwan.

The operation is the second-largest investment by a foreign company on the island this year, only surpassed by the 2,200 million dollars (1,984 million euros) of the also American Micron Technology, announced last night a spokesman for the Investment Commission of the Taiwanese economic portfolio.

Google will establish its second center – used to store and manage servers – in the southern municipality of Tainan, having built the first in 2013 in central Changhua county on a 15-hectare site.

The first center responded to the strong growth in demand in Taiwan and Asia and aimed to “offer Google users more reliable and faster services,” the company said at the time.

According to Google, Taiwan is one of the “great high-tech centers of the world” thanks to the fact that it has taken advantage of its strategic geographical location in the Pacific. Separately, but along the same line, Microsoft said in January that it had chosen Taiwan to grow its artificial intelligence business.

The software firm added last month that it would recruit 100 people in the next two years and 200 in five years for a $ 34 million R&D center that is now underway, the specialized website Blasting News reported. Meanwhile, during March, IBM’s CEO of Taiwan said his company would expand its R&D center with its eyes on artificial intelligence, blockchain technology and cloud computing. The manager anticipated 100 new hires in 2018.

It is also developing a cloud research laboratory in Taipei.

Talent and competitiveness. The three investment cases would have a simple explanation: Taiwan would possess easily trainable talent in new lines of work, such as artificial intelligence (AI), says Kuo-yuan Liang, president of the Yuanta-Polaris Research Institute.

Labor doesn’t cost much, either, according to Liang. Much of that work comes from universities trained in basic engineering, making any additional training relatively easy.

College education made the difference for Microsoft. The firm chose Taiwan because the island’s universities graduate talents in the manufacturing supply chain, according to Chinese President and CEO Alain Crozier in comments made during February.

“There is no shortage of hardware or talents that these institutions can take advantage of,” says Tony Phoo, an economist at Standard Chartered Bank in Taipei. “Taiwan has some of the best talent in the region, and it’s also cheap. If you want to set up a data center located in Northeast Asia, Taiwan looks attractive.”

Tsai, who took office in May 2016, is advancing plans to develop sectors such as the Internet of Things (IoT) and “smart machines”, among other industries. The government aims to open an Asian business area in Silicon Valley by 2023 for IoT development, for example.

How did they do it?

Taiwan has institutions such as the Research Institute for Industrial Technology, the National Laboratory for Applied Research and the Institute for the Computer Industry (III) that have played an important role in the emergence of the nation as a technological power through research. , training professionals and supporting the establishment of science parks.

The island has three science parks that house high-tech companies from various continents, these are located in the north, center, and south of Taiwan. The science parks seek to develop constant advances in fields such as integrated circuits, nanotechnology, optoeletrónica, and precision machinery.

The world’s busiest electronics company is Foxconn, a Taiwanese company with more than one million employees. A pure manufacturer that needs a huge workforce, which is found mainly in China, but also in Brazil, India or Eastern Europe. But its origin is on Formosa Island, where Chiang Kai-shek retired after losing the war with Mao.

Foxconn is known for making the iPhone – its name made headlines over allegations of poor working conditions at its facilities – but it also produces hardware for Amazon, HP, Dell, Toshiba or Samsung. The also Taiwanese Quanta Computer and Compal Electronics share the manufacture of laptops from HP, Dell, Lenovo, Acer and all the first-rate brands, including Apple Macbooks.

They are Taiwanese-branded products, even if they come from factories established in China. Taiwan’s industry and its association with China were hatched in the 1980s, when the Asian giant woke up to capitalism, with the first special economic zones, endowed with greater flexibility to create the business. The island of Formosa, ruled by the Kuomintang, had at that time the capital and knowledge necessary to build and operate factories. It also had a key geographic and cultural proximity and, above all, access to the American market.

The cocktail of circumstances turned the province of Guangzhou into the electronics factory for the entire world. And to Taiwan, in a manufacturing power sitting on this fruitful bed.

Did you know that Taiwan dominates more than 80% of the components of the iPhone 7?

The prosperous and forward-looking island is the place that has become the main producer of most of the Iphone’s components, from model 7 to model X. We talk about the elements (CPU, packaging, camera, assembly, connector, power amplifiers, memory, case, battery, charging system, and soft panel) that make these electronic devices the most wanted. Valueq offers insight and reviews on these smartphones, helping you make the right decisions when shopping for a gadget. For example, The new HAYLOU-GT1-PLUS Qualcomm chip QCC3020 true wireless headset mini fingerprint touch is being offered at a discount for first-time buyers and also to those displaced by the pandemic.

The constant studies and the technical, professional and educational preparation that facilitate the highest levels of competitiveness have made Taiwan occupy the first place of a global settlement of the integrated circuit industries, or what is popularly known as chips.

To make matters worse, Taiwan has the Formosa-5, an ultra-resolution observation satellite, manufactured on the island and operated by the National Space Organization.

In addition to the innumerable advances in technology, Taiwan has been considering becoming the Silicon Valley of Asia for a few years, promoting innovation and improving the entrepreneurship ecosystem. Without a doubt, the Republic of China-Taiwan works tirelessly to provide scientific and technological solutions to the needs of today’s world.

A Quick Guide to Wi-Fi Router’s highlights and login