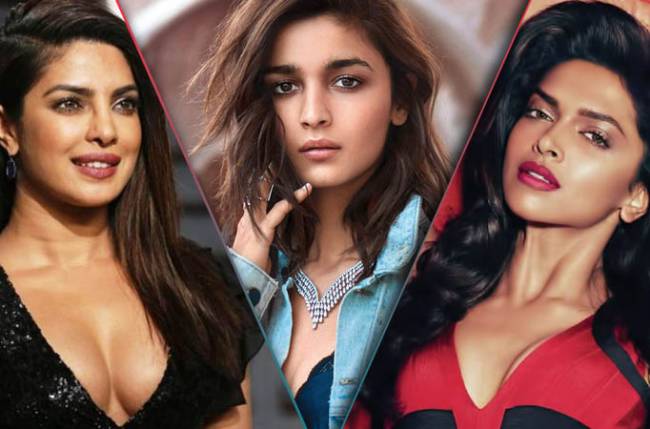 Mumbai-based Hindi film industry is regarded as the most popular and largest film industry worldwide. The Hindi film world has brought into limelight certain brilliant actors who have left an imprint on the minds of movie enthusiasts all over the world. We have seen some exceptional performances by actors and actresses over the years. The Hindi film world is certainly a male-dominated industry but despite that, some brilliant actresses have made their mark and are adulated by fans across the globe for their hot looks and amazing acting acumen.

People love to watch Hindi movies because of these glamorous stars that set the screen on fire with their sizzling hot looks. Here are some of the hottest stars of Bollywood who have left a profound impact on the minds and hearts of millions of Hindi movie fans worldwide and are still going great guns in 2019.

The gorgeous Sunny Leone is supposed to be the most sought-after star on the Internet. She happens to be the former adult actress and she is from Ontario, Canada. She made her Hindi film debut in 2012 in Jism-2. The movie was lambasted by critics and there were widespread protests across the length and breadth of India for promoting an adult star. In 2010 she was adjudged one of the hottest 12 adult stars by Maxim. She has acted in movies such as PSV Garuda Vega 126.18M, Tera Intezaar, Don Ki Jung, Shrestha Bangali and some more B-grade Hindi films. Her upcoming movies include Arjun Patiala due to release in July 2019, Rangeela which is a Malayalam movie and is slated to release in August 2019. However, she has come a long way and is the undisputed number 1 among the hottest Hindi movie actresses in 2019. She is glamorous and sizzling hot and nobody could beat her on that count.

Priyanka Chopra is the former Miss World & Miss India and is not just a brilliant actor; she is a songwriter and singer in her own right. She made her debut in the Hindi film industry with Andaaz where she was cast opposite Akshay Kumar and the film was a super-hit in terms of box office collections. She acted in a string of hit movies including Agneepath, Barfi, Mujhse Shaadi Karogi, Dostana and many other super-duper hits. In 2015, she created history as the first actress from the Mumbai film industry to grab such a grand role in Quantico, a prime-time American television show. She got engaged to actor and musician Nick Jonas in August 2018 and they tied the knot in December 2018. They had a truly traditional Punjabi-style Roka ceremony. Her performances have always been acclaimed and appreciated by both fans and critics. She has been chosen as the ‘hottest girl of the year’ by Maxim.

Katrina Kaif has been idolized by Hindi movie enthusiasts all over the world because of her exotic looks that could set the screen ablaze. She came into limelight with the film Namastey London opposite Akshay Kumar as the film got phenomenal commercial success. She gained a lot of appreciation and acclaim for her glamorous roles in movies such as Race, Rajneeti, New York, Partner, Singh is King, Ek Tha Tiger, Zindagi Na Milegi Dobara, and Jab Tak Hain Jaan opposite Shah Rukh Khan. She is recognized all over the world for her exotic looks and heart-warming smile.

Deepika Padukone is a highly talented actress and one of the hottest models in the modeling circuit in 2019. She had made her debut in 2006 with the movie Om Shanti Om. She plays the role of a modern, strong, and independent woman in some of her super-hit and successful movies including Houseful, Love Aaj Kal, Cocktail, and even Race 2. Her role in Baji Rao Mastani was truly commendable. She is one of the most glamorous, gorgeous, and attractive stars in the Hindi movie circuit. Her performances have always been acknowledged and today she is regarded as one of the hottest celebrities in India. She is also, one among the top-earning actresses in the world and has won the prestigious Filmfare awards thrice in her career so far.

The hot and bubbly Anushka Sharma made her debut in Rab Ne Bana Di Jodi with Shahrukh Khan as her lead actor. She went on to act in Jab Tak Hai Jaan again opposite SRK. She has been successful in churning out several blockbusters and has always been acknowledged and appreciated for her superlative performances and acting finesse. She is one of the hottest assets in the Hindi film industry today because she has successfully depicted energetic and young characters. She is one of the most highly-remunerated Indian actors today.

Indian stars are known for their incredible beauty, grace, and elegance. Some of them are regarded as hot and sexy and they set the screen on fire every time they make an appearance on screen.