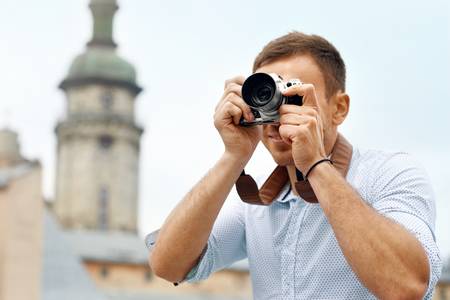 The trend of travelling is increasing day by day. People travel a lot of places to discover the different cultures of the various countries and states. The craze of travelling among people is on peak. A lot of travelling packages are available with the agents at discounted price. People travel to the historical places and monuments to see the beauty of the places. To attract the tourists in their respective states and countries, the respective governments take various steps for development of these places and use various taglines like for India: Incredible India, for Kerala: God’s Own Country. A lot of advertisements are flashed on television and in newspapers related to the attractions in that respective states.

Delhi, being the Capital of India is the main attraction among the foreign tourists and domestic tourists. A lot of monuments are situated in Delhi. Every Monument has a history attached to it. To help the tourists and to explain the history of the monuments, Guides are available at all these places. People have craze of clicking photographs while travelling. All the social media platforms are filled with the photographs of people discovering new places.

Photowalking is a common activity of camera addicts who assemble in groups and walk around with camera for capturing photographs that interest them. The primary thought of DELHI PHOTO WALKS is to offer participants with the chance to admire, and capture the rich heritage, inheritance and legacy of the city. People visit a lot of monuments in Delhi like Qutub Minar, India Gate, Red Fort, Humayun’s Tomb, Jantar Mantar, Lotus Temple.

Qutub Minar: Qutub Minar was built by Qitub-ud-Din Aibak. It is the tallest brick minaret in India. It is 73-meter tall and have 5 storeys. It contains a spiral staircase of 379 steps.

India Gate: It is originally called as All-India War Memorial. It is dedicated to the troops of British India who died in the wars fought between year 1914-1919. It is the most renowned landmark of Delhi as well as of India.

Red Fort: Red Fort is a historic fort of the city. Every year on the Independence Day of India, the Prime Minister of India hoists Indian Flag at the main gate of the fort. The fort is designated as world heritage site. The fort and complex houses a number of reservoir, Mahal and museums.

Humayun’s Tomb:it is one of the splendid tomb in India. It is an extraordinary structure of Mughal Empire in India.

Lotus Temple:It is famous for its flowerlike shape and is prominent attraction in Delhi. It is one of the most visited place in the world.