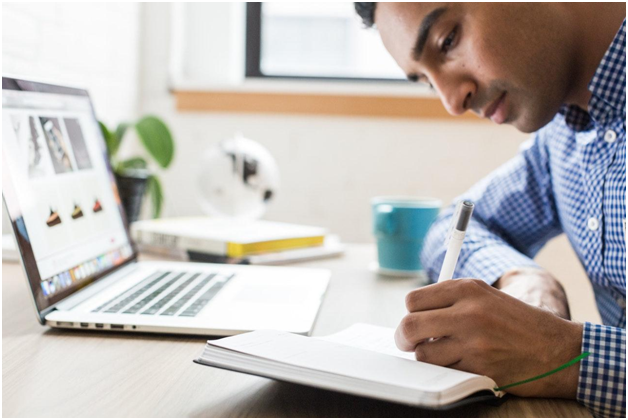 Probability is a segment of Mathematics that deals with the likelihood of occurrence of a random event. It tells us whether an event, a proposition, or a hypothesis is going to happen. It is impossible to predict all events with complete certainty; that’s where Probability comes into play. Probability always ranges from 0 to 1. 0 represents the impossibility of an event occurring, and one represents the certainty of it happening.

Scientists have spent years of research in this field, and yet there is so much more that needs exploration. However, It did not take just one day to build Rome, and neither can someone solve complicated problems on this subject without having clear concepts. As a student, we are very driven towards getting good grades which sometimes causes a loss of interest in a particular topic. Hence, to make the learning process less mechanical, finding new ways to learn or teach the subject often combats with the monotony.

In this article, Let’s ponder upon a few methods that teachers can implement while teaching Probability, perhaps one of the most vital topics in Mathematics.

As a student, curiosity always gets the better of you. In most cases, this results in imminent distraction. We all are well aware of the fact that distraction is a bad thing; it does not always have to be so. Rather than just focusing on teaching the mundane curriculum, building up a child’s interest in the subject gives rise to a win-win situation. It results in the student devoting all her attention to the topic and retaining a significant part of the information, which helps both the said parties involved.

Probability has its roots traced back to ancient medieval times where people developed the law of evidence that used proofs and credibility to solve the uncertainties in courts. Before the 1600s, several Arab Mathematicians who were studying cryptology introduced the topic of Permutations and Combinations. This cryptology research further gave birth to code-breaking algorithms. Building on this research, Pascal and Fermat introduced the formal concept of the Mathematical Theory of Probability in 1657. Eventually, as times moved further, Probability became one of the most integral parts of science.

By giving students a walk down the History lane, they get a better understanding of the concept formation. It also shows them all the different areas where Probability helped and how they can tie it into the current world. It might even inspire them to take an interest not only in Mathematics but in other subjects such as Physics or History.

Probability Theory includes learning about many axioms and theories. It becomes very mundane if you have to flip through the pages of a book. Most of the books do not have exciting graphics either, to support a fair and compelling read. Hence, the best way to convey such facts is by having true, false, and logical statement games with students. Just theories cannot restrict such a game; simple probability questions are also great fun.

Some sample questions that can act as a template are as follows.

Students can find such questions very helpful in learning the basics of the subject. It also enables them to think fast and accurately. It sharpens their retaining and logical abilities.

As discussed above, Probability has repercussions in a person’s daily life. Hence, using a deck of cards, dice, and even coins to explain how to solve a question aids a student in their learning process. It helps them to visualise the problem sum that they have to solve. It increases their grasping power as this is very relatable. This method does not just have to be limited to a textbook question.

Dividing the class and creating an experiment wherein, all students are participants; is another approach to teaching this topic. You can take a deck of cards, have a team pull out one card, and pose questions to the other groups regarding the same. After all, every magic trick which involves cards uses the concept of Probability to trick the viewers.

You can also play an interactive game of  Stone, paper, and scissors. It is wondrous to know that even simple games use such mathematical approaches.

The best way to teach students the concept of Probability is by giving them real-life applications of the subject. Coin tosses, rolling dice, etc., help in visualising problems; however, they don’t give students the bigger picture. Probability can be a tool in furthering one’s career too.

A few examples are as follows:

Visual aids are the best way to teach a student any concept. It can include a variety of movies and educational videos. It gives a break from the routine teaching process while conveying an idea in an impactful way. These movies do not have to talk about a concept directly. They can be typical shows that use Probability for a real-life application.

You can also incorporate a variety of cartoons and demonstrate how they use Probability in their lives. It will condition students to think from a different perspective. When they have to recall a specific concept, they will link it to a particular visual aid. Visual aids make it very easy for students to apply Probability to a situational problem.

Students can also run simulations using software and programming languages. It could include students developing a code for solving probability problems. While creating a simple Code, as mentioned, you need to have an idea behind how to solve the problem. Hence, this helps students to brush up their coding skills as well.

One of the most beautiful concepts that one can study in Mathematics is Probability. It holds the answers to so many problems, be it real life or academic. Probability coupled with other significant topics such as statistics, algebra, linear programming, etc. has guided the world to where we are today, and this incredible journey will continue as time passes.

However, you cannot reach the destination without putting in the work. The best part is that Cuemath’s Math Program is here to make your journey as easy as possible. Puzzles, workbooks, worksheets, games, math gyms, etc., you name it, and Cuemath has got it. It’s a fantastic platform to use while learning as they focus on clearing concepts and guiding students on the path to success.

Once you incorporate these ways to teach and learn, Mathematics will not be such a daunting subject. No subject is difficult any longer the moment you understand it well. That is what Cuemath’s ideology is all about. At the end of the day if learning is not a fun activity and if it doesn’t satiate curious minds, then it’s not being done right. Hopefully, this article inspires everyone to learn more about Probability and finds the methods we spoke about useful in teaching.