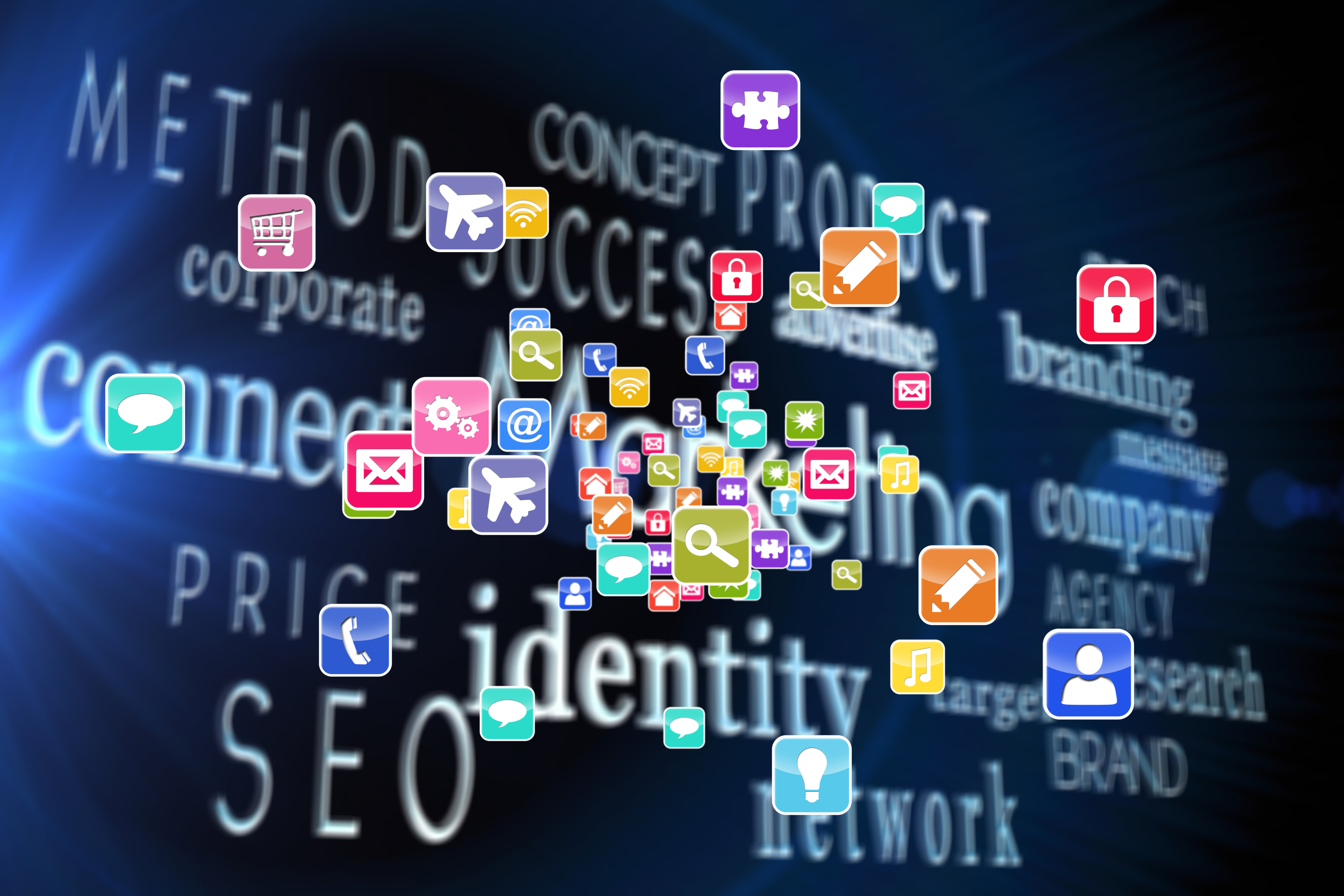 Business disruption is not just a fad. Today it’s something that companies face on a regular basis. Much of this is due to the benefits brought about by Cloud technologies, enabling new business models and processes to be introduced rapidly and relatively inexpensively. Look at any industry right now. Some company is either disrupting its competitors in some way or is being disrupted by them.The fear of being “Ubered” by competitors who appear from the mist is forcing business executives to look for ways to innovate faster and with less resources.

The challenge for technology VARs and solution providers is to cut through the noise surrounding these new technologies and find ways to harness them for their clients in order to deliver competitive advantage. At the same time, the VAR must manage the risks inherent in pushing technology to the limits that is required for disruptive innovation.

The term “disruptive innovation” is often used inaccurately. Many companies do not need truly disruptive innovation in order to achieve competitive breakthroughs and indeed for most it may not even be desirable as it often comes at considerable initial cost.

The theory of disruptive innovation was first coined by Harvard professor Clayton M. Christensen in his research on the disk-drive industry and later popularized by his book The Innovator’s Dilemma, published in 1997. According to the Wikipedia definition “A disruptive innovation is an innovation that creates a new market and value network and eventually disrupts an existing market and value network, displacing established market leading firms, products and alliances”.

Not all innovations are disruptive, even if they are revolutionary. In a 2015 Harvard Business Review article Christensen notes that Uber is not a genuinely disruptive innovation while Netflix could be considered a “classically” disruptive model.

According to Christensen, in order for a business to be disruptive, it must gain a foothold in a low-end market that had been ignored by the incumbent in favor of more profitable customers. Alternatively, the disruptor must create an entirely new market, turning non-customers into customers. Uber doesn’t fit into either of those boxes: it targets people who already use taxi services, and it doesn’t provide a particularly lower-end or cheap experience. A truly disruptive business begins with low-quality offerings, then eventually captures the mainstream market by improving quality.

This requirement to enter a low-end market with low quality offerings is the basis of Christensen’s “Innovators Dilemma” and is something that every executive at an established company seeking a “disruptive innovation” needs to be aware of.

The Innovators Dilemma submits that “The business environment of market leaders does not allow them to pursue disruptive innovations when they first arise, because they are not profitable enough at first and because their development can take scarce resources away from sustaining innovations (which are needed to compete against current competition).A disruptive process can take longer to develop than by the conventional approach and the risk associated to it is higher than the other more incremental or evolutionary forms of innovations, but once it is deployed in the market, it achieves a much faster penetration and higher degree of impact on the established markets.”

Writing in the Harvard Business Review in 2002, Joseph Bower offers that “When the technology that has the potential for revolutionizing an industry emerges, established companies typically see it as unattractive: it’s not something their mainstream customers want, and its projected profit margins aren’t sufficient to cover big-company cost structure. As a result, the new technology tends to get ignored in favor of what’s currently popular with the best customers. But then another company steps in to bring the innovation to a new market. Once the disruptive technology becomes established there, smaller-scale innovation rapidly raise the technology’s performance on attributes that mainstream customers’ value.”

In terms of channel management best practicesthe best channel resellersattempt to lead their clients through a disruptive innovation within an established company to convince the leadership to enter a (currently) relatively unattractive market with a low-quality offering chasing deal sizes below its minimum threshold!

The “innovator’s dilemma” is the difficult choice any company faces when it has to choose between holding onto an existing market by doing the same, though slightly better (sustaining innovation), or conquering new markets by embracing new technologies and adopting new business models (disruptive innovation). At the same time, a “sustaining innovation” can be what is called “discontinuous”, and this type of innovation can still lead to a competitive breakthrough.

Sustaining innovations are a close corollary to the concept of “creative disruption” which can also help executive teams to achieve competitive breakthroughs that are not necessarily “disruptive” in the classic sense.

Most disruptions have three enablers: a simplifying technology, a business model innovation, and a disruptive value network. The technological enabler transforms a technological problem from something that requires deep training, intuition, and iteration to resolve, into a problem that can be addressed in a predictable, rules-based way.

In Creative Disruption, the goal is to expose flaws in the current business model, highlight areas where improvement/changes are needed, and to help inspire adaptation of the business model for future growth. Creative disruption is about identifying patterns that need to be proactively broken in order to add more value or to create an opportunity. For the VAR seeking to position themselves as an enabler of disruptive innovation, focusing (at least initially) on creative disruption may be the most effective starting point with a client.

In truth not every innovation can, or should, be a truly disruptive one. A more realistic stretch goal may be for VARs to aim for creative disruption and discontinuous-type of sustaining innovations. These can still be game-changers that give the company a substantial edge over the competition without completely disrupting the entire industry.

In his sequel with Michael E. Raynor, The Innovator’s Solution,Christensen replaced the term “disruptive technology” with “disruptive innovation” because he recognized that few technologies are intrinsically disruptive or sustaining in character; rather, it is the business model that the technology enables that creates the disruptive impact.

Business has warmly embraced this philosophy. An IBM Institute for Business Value report titled, “The Power of Cloud,” found that 16 percent of survey respondents are using Cloud as a tool to enable innovation. The IBM Institute for Business Value projects that the number of companies that are using Cloud to drive innovation will more than double from 16 percent to 35 percent in just a few years.

Clearly, companies that are only using the Cloud as a cost-cutting vehicle are missing the greater opportunity. More worryingly for these companies, the numbers indicate that their competitors are not and they may soon find themselves leap-frogged through technology-enabled innovations. As Joe Weinman, author of Cloudonomics points out, cloud isn’t just plumbing, it can become a cornerstone of your strategy, even in non-IT intensive businesses. The challenge for the VAR is to help the company to both envision these greater opportunities and understand the breakthroughs that their competitors may already be working on.

Whether companies choose to become optimizers, innovators or disruptors depends on a variety of factors, including how much risk they are willing to assume and their current competitive landscape. The authors suggest that business leaders carefully assess their organizations to determine which archetype they most closely match – as well as which one they aspire to in the future – and how they can leverage Cloud to create new business models that promote long-term growth and profit.

When a disruptive technological enabler emerges, the leaders in the industry disparage and discourage it because, with its orientation toward simplicity and accessibility, the disruption just isn’t capable of solving the complicated problems that define the world in which the leading experts work. Many technology vendors use channel sales enablement strategies to help their VARs utilize disruptive enablers more effectively.

Always, the technological enablers of disruption are successfully deployed against the industry’s simplest problems first. They then build commercial and technological momentum upon that foothold and improve, progressively displacing the old, high-cost approach application by application. For example, Cisco deployed its switches to route data, not voice – because data didn’t care about the router’s four-second latency delay.

The VAR must carefully choose their “enablement conversation” with each client individually. Where they lie on the trust spectrum with a client should dictate just how deeply into the disruptive conversation they go. Pushing too far, too early could well lead to outright rejection. Initial deployments of new disruptive enablers against simpler solutions, and thereafter moving to more mission critical areas may be the most prudent course for VARs working with newer clients.

About the Channel Institute:

The Channel Instituteis the only training body in the world that provides business training and certification specifically for the channel profession through a syllabus validated by a vendor-independent Industry Advisory Council. The Institute currently offers three certificate courses supporting channel managers, channel marketers and channel resellers:

The Channel Institute also licenses its course content to universities and vendor training academies to bolster their channel training libraries.