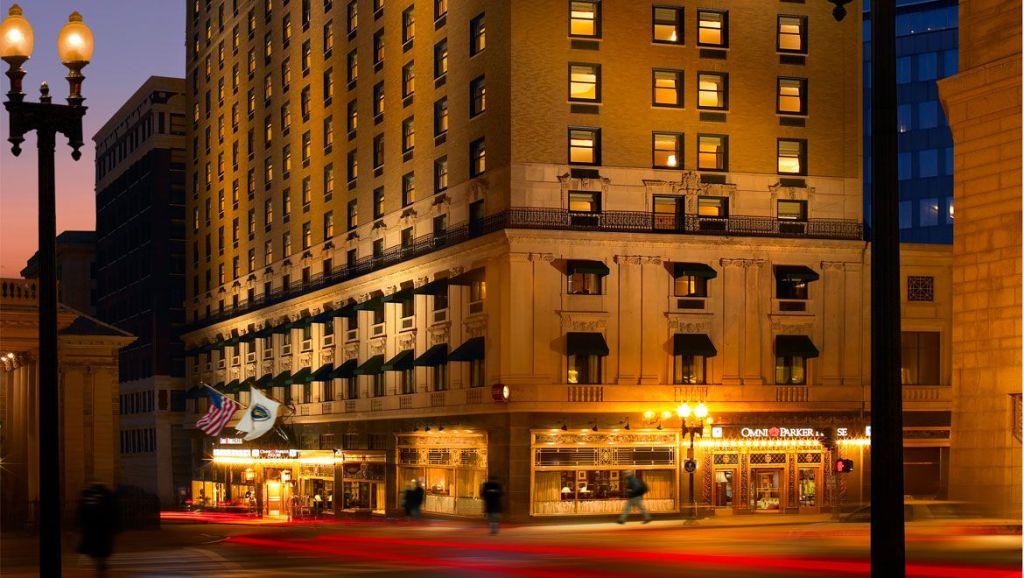 Since 1855, the Boston Omni Parker House Hotel has pleased travelers who travel to Boston with its ancient charm and modern luxury. The hotel has been known to be the oldest and continually operating hotel in the country, and visitors will quickly know the reason after they have passed through the sculpted brass entrance in the hotel.

Harvey Parker, in 1855, founded the hotel, and he was the manager of the hotel until 1884 when he passed away. Harvey was known for his friendly relationship with the guests in the hotel and the pleasant accommodation that he provided for them.

This hotel is located in Boston right along the Freedom Trail and other ancient sites that make this place a perfect area to stay. It takes about ten minutes to drive from Logan International Airport to the Omni Parker House in Boston.

Omni Parker House gives an invitation to guests for them to enjoy a piece of history in Boston. It also provides an experience that cannot be forgotten so easily in Boston. All the 551 room accommodations in the hotel are just within a little walking distance of Boston Landmarks such as the Faneuil Hall, Beacon Hill, the marketplace, and Quincy Market. Many dining and shopping places surround the entire hotel.

The Omni Parker House is a full-service upscale hotel that has 551 guestrooms and suites, 23,000 square feet space for any event, and three dining options. This hotel is the perfect blend of the historic charm and modern-day conveniences, which includes 24-hour free dining (in-room), 24-hour free health club, a professional concierge staff, and free internet access in all common areas. You will be enclosed in the charm and timeless beauty that have made the hotel a Landmark since 1855, as you walk along with the sculpted bronze doors

As the longest operating hotel in the United States, Omni Parker House is the hotel that hosted all the American presidents. One has been tied strongly to the Omni Parker House, John Kennedy. It is in this hotel that he made his first public speech when he was 7 in the press room while attending his grandfather’s (Honey Fitzgerald) birthday party. Also, in the press room, John Kennedy announced his candidacy for U.S. Congress; it is also in the hotel that his bachelor party was held. John F. Kennedy also made his proposal to Jacqueline Bouvier in this same hotel.

Parker House is the place where the Saturday Club, a group of the brightest luminaries in American’s Golden Age of Literature, holds their meeting. It is in this same building that Dickens gave his first American reading during Christmas carol. Poet Ralph Waldo Emerson and John Greenleaf Whittier, Dr. Oliver Wendell Holmes, and novelist Nathaniel Hawthorne are other members of the club mentioned above.

Parker’s Restaurant is known to be the origin of the Boston Cream Pie, which at this moment, the official Massachusetts state dessert, and Parker House Rolls. The recipe was kept secret until 1933 when President Franklin Roosevelt requested it for a state dinner at the White House. The term “Scrod,” meaning the “catch of the day,” also got its origin from Parker’s Restaurant.

Its lobby, Restaurant, and bar received a makeover in 2016 even though it is the American’s longest and continuously-operating hotel. While it is still quite a beautiful historic site, keep in mind the property is older and doesn’t have the modern technology of other hotels.

24-hour spacious fitness center equipped with weight and cardio facilities. You can also demand a Get Fit Kit if you prefer to work out in your guest room. The private work out guestroom is equipped with two hand weights, water, towels, elastic bands, and floor mat.

Parker’s Bar is a great spot that you can go and have a drink, while the Last Hurrah is a historic bar filled using leather upholstery and rich mahogany. History and political buffs will love to explore the Bar, which is filled with photos and memorabilia.

What You Can Expect From a Trip to Tampa, Florida